Catnip - Herb of the Week

My cats have been bored since there was another heat wave here and I would not let them out on the patio in the humidity.  As a result they were bugging me to share the catnip.  So I chose as this week’s herb of the week -- Catnip Nepeta cataria

A perennial herb, belonging to the family Labiatae, the catnip plant, most commonly serves as a piece of recreation for house cats. Apart from this, the herb is also popular for its soothing effects and medicinal use for treating cold and flu symptoms and digestive problems. This is the reason why most people enjoy a tea made from the herb. Tinctures, infusions, and poultices have also been crafted from catnip.

In ancient times Catnip was cultivated for cats by the Greeks and Romans. Catnip symbolized fertility and was associated with goddesses of a cat figure and a lion. It was believed to change women into cats at night. In the language of flowers it is said to mean intoxication with love. 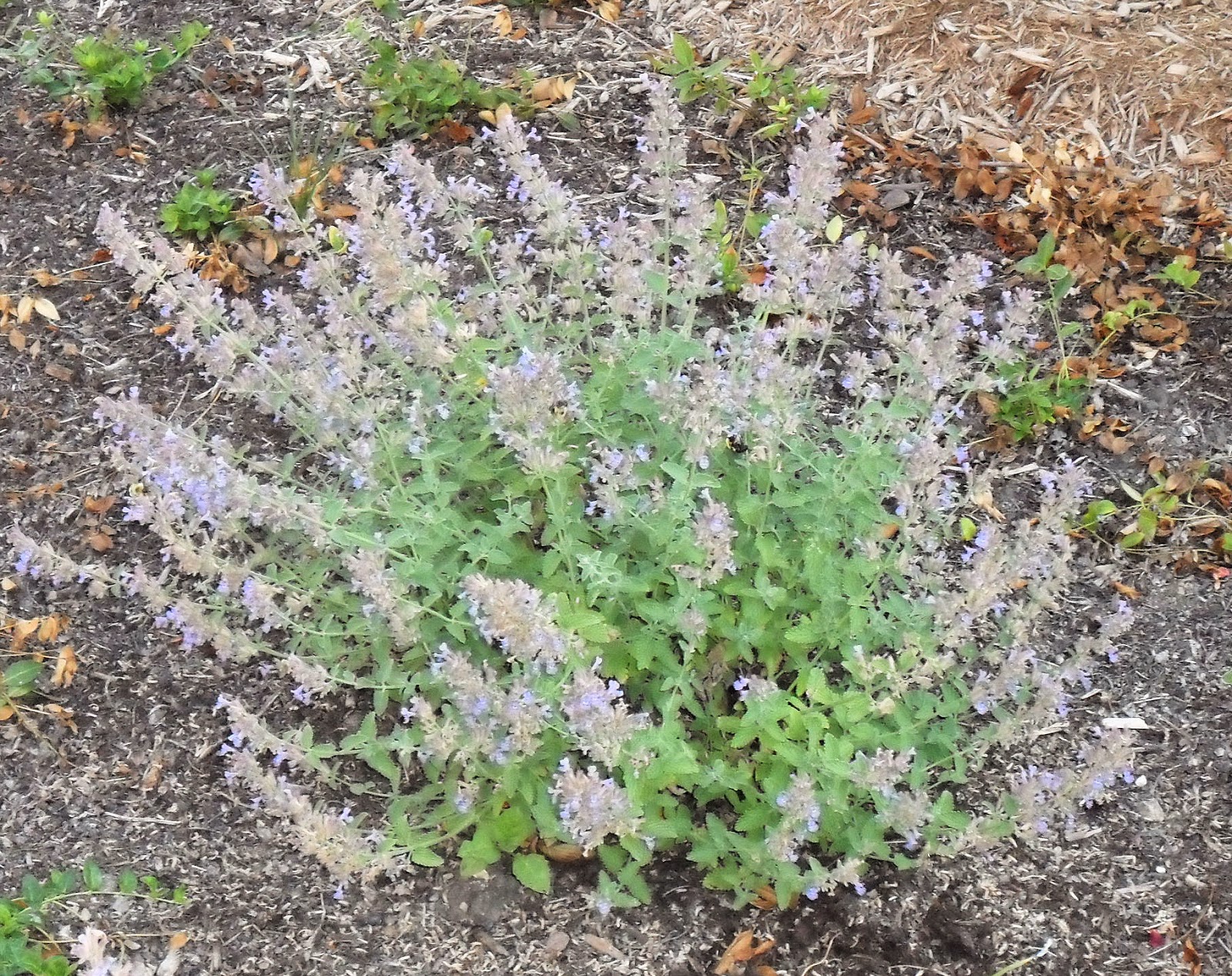 In medieval times it was grown in kitchen gardens as a flavorful salad herb and eaten fresh with other greens. It was also used to season meats, because of its robust flavor.

Catnip tea was a popular drink in England before Chinese or Indian tea became available.  Catnip, with its strong appeal to cats, was grown around houses to keep rats away. Catnip is native to the Mediterranean, but is now grown on all continents.

An old Dutch recipe (reciept) from the 1600s used catnip (among other herbs) as a flover in egg fritters.
“To make Egg-fritters which are good, first you take all sorts of herbs: Fennel, Violet leaves, Tansy, Sorrel, Spinach, Catnip, Beet and some Leeks and cut them fine together.”

Scientific nomenclature of the catnip plant is Nepeta cataria and it has an active ingredient known as Nepetalactone. Cats are known to have an extremely strong attraction towards this chemical, which is contained in the leaves and stems.

Catnip is a perennial plant in the Lamiaceae family and, like all mints, can be invasive if not contained   Catnip (Nepeta cataria) is a tall (about three to four feet) plant with white flowers. It smells very strong with mint undertones. Catmint (or Nepeta mussinii,) on the other hand usually tops out at 15 inches and has purple flowers. If you would like to grow catnip, but don’t want to become a favorite feline hangout, Nepeta mussinii is the catnip for you. Some believe it’s more attractive in the landscape, too.  Both are deer resistant.
Catnip is a very hardy plant that will grow in poor to rich soil and in full sun or light shade. More essential oil is produced when it is grown in full sun. Catnip will self-sow where it is planted. The plants are very hardy and need little attention, except for weeding. Catnip plants can be easily grown from seed. You can plant them outdoors or indoors, as well. However, keep them out of the reach of your cats, while they are establishing themselves.

The catnip plant has a tolerance for sunny and dry areas, and is considered drought tolerant, making it a popular landscaping plant. It will grow well from zones 3 through 9.  The plant does well even in poor soil, but one that is well-drained. Dense, well-shaped forms may be obtained by pinching the plant often, while it is in its growing period.

Harvest the plant upon flowering. Late morning is considered as the best time to do it. After getting them dried, crumble them, put into cloth toys and give some to your cat to enjoy. 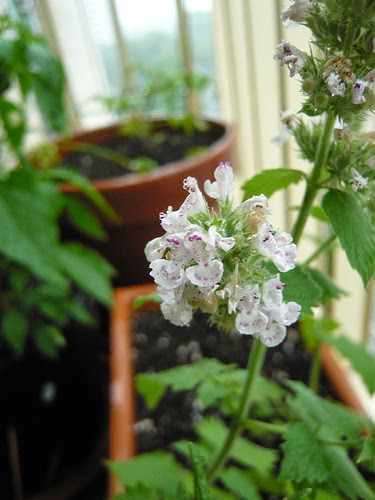 To harvest catnip, cut the leaves off the stems and dry in a single layer in a dim, dry, and warm location. Catnip leaves have their highest concentrations of essential oil just before flowering in mid-summer. However, since they bloom from June through September you can also harvest while they are flowering. Dry them upside down in bundles, then store in airtight containers.

Catnip tea has been used to relieve headaches and upset stomachs, to induce sleep, and to relieve colic in children. Chewing the fresh leaves can also relieve a toothache. It has been used as a home remedy for colds, nervousness, fevers, and nightmares. Catnip tea is calming and helps induce relaxation and sleep, especially when mixed with lemon balm and chamomile. Catnip tea can have a sedative effect on people and is useful in settling an upset stomach. Boil 1 cup of water and add either 3 teaspoons of fresh catnip leaves or 1 teaspoon of dried leaves and steep and sweeten to your taste.  The scent of catnip, when used in aromatherapy, acts as a mild sedative, the opposite effect in humans as for cats. Catnip is often used in sleep or relaxation teas as well as in sleep inducing pillow mixtures. 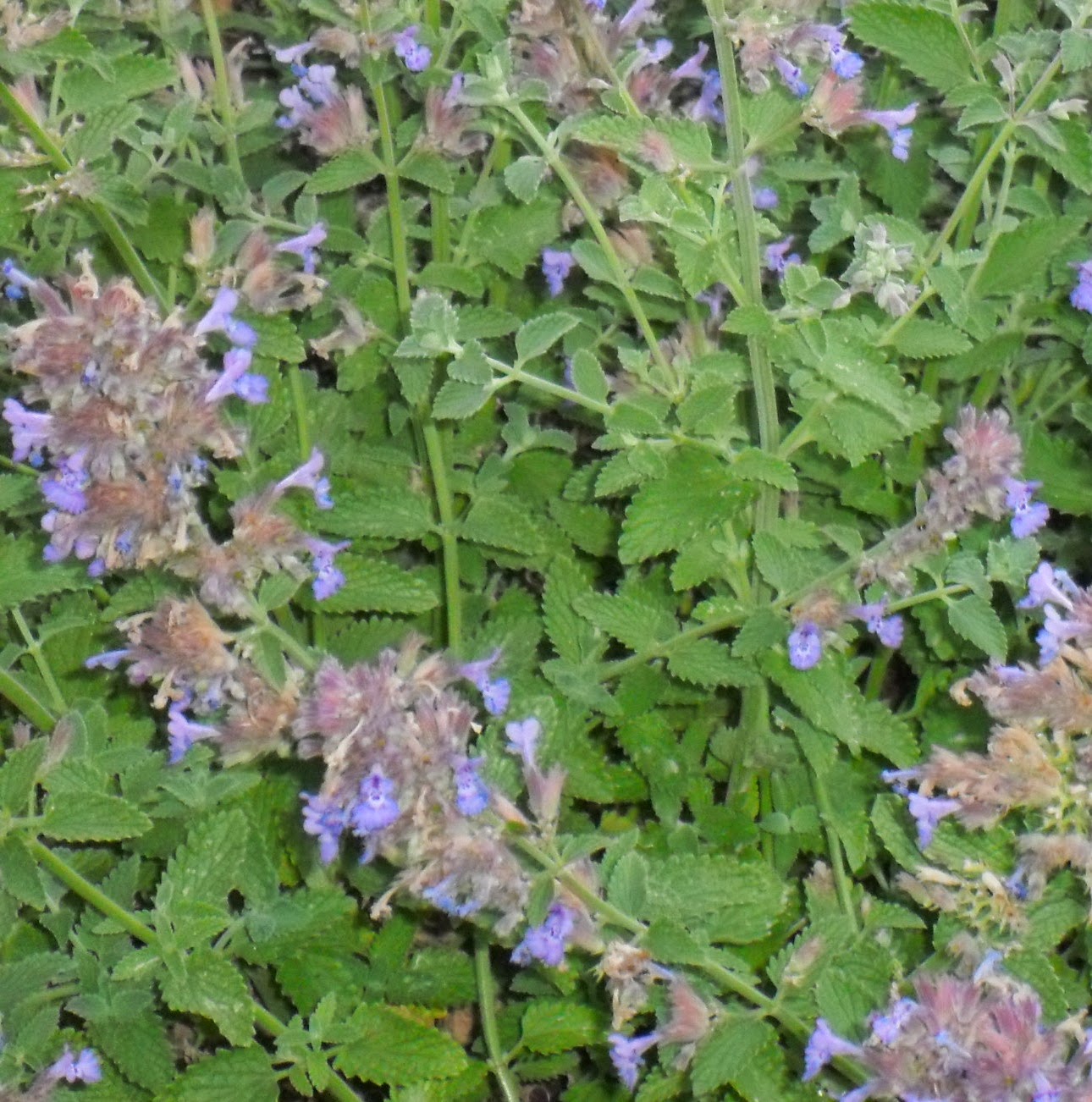 Catnip oil has been used in perfumes, candies, and pharmaceuticals. Catnip tea is said to remove dandruff from the scalp.

Cats and other members of the cat family respond to catnip by sniffing, chewing and licking and body rubbing. This is an inherited response that is present in about two-thirds of all cats, so do not be surprised if your kitty is immune to the effects. The effects are not from ingesting the plant, but rather from an aromatherapy effect through their sense of smell. The plant must be crushed to release the chemicals responsible for this pleasurable effect. The fresher the catnip, the more essential oil the leaves contain, and the greater effect it has on cats. Sniffing catnip gives cat a feeling of euphoria that can make them playful, languid, or even hyperactive.  The effects of the nepetalactone don’t last long—after about 15 minutes your cat is generally ready for another nap.

It is the essential oil in catnip called nepetalactone that gives catnip its characteristic odor. Researchers have found this essential oil to be ten times more effective at repelling insects, especially mosquitoes, than DEET (the hazardous chemical compound found in many commercial insect repellents). Catnip also repels cockroaches.

Catnip has a very strong characteristic odor, so most often it is used in tea instead of as a food flavoring. When using catnip in cooking, choose the Lemon Catnip variety (sometimes called catmint or lemon catmint) and use only the flowers. Remove all bits of leaves as these are usually too strongly flavored to enhance cooking. 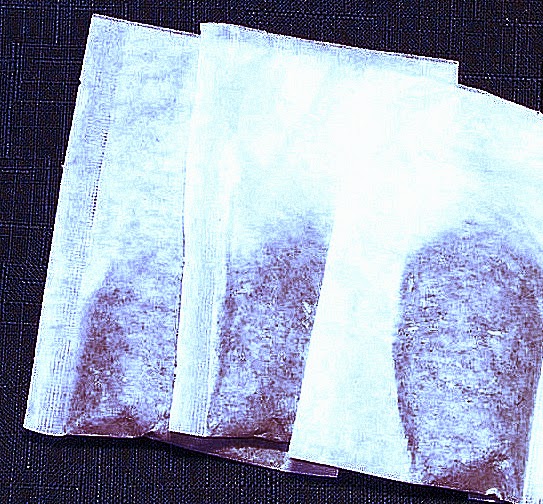 Directions:
Combine ingredients and sew into a small pillow or put in a muslin bag or seal in a oversized tea bag. Tuck this into your pillow case for a restful night’s sleep and pleasant dreams.

Relaxation Tea
A tea to help you unwind and relax, it also promotes sleep with a relaxing and calming effect.

Directions:
Mix all ingredients together and store in an airtight container away from heat and light.

To Use: Place one level teaspoon of tea in a tea ball or tea infuser and place in one  cup of boiling water. Cover and steep for 5 minutes. Sweeten to taste, if desired, Sip and savor. 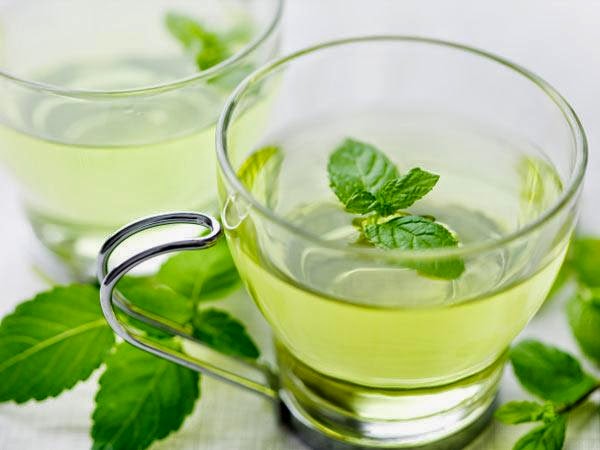 Directions:
Blend all ingredients together and store in a airtight glass jar.

To Use: Use one teaspoon of tea to an eight ounce cup of water. Place one teaspoon tea in muslin bag or tea infuser. Fill cup with one cup boiling water and cover. Brew 2 minutes if green tea was added to recipe; or brew 3 to 5 minutes for herbal blend without green tea. Strain tea and serve sweetened with honey and lemon, if desired.

NOTES ON CATNIP TEA: Catnip tea can have a sedative effect on people and is useful in settling an upset stomach. Some research has shown that the juice from catnip leaves can stimulate menstrual flow, so pregnant women should avoid drinking catnip tea.

Relaxing Healing Herbal Bath Mix
Enjoy a relaxing bath with this fragrant mixture of dried herbs especially formulated to relax tense muscles and soothe the soul. The warm water releases the healing properties of the herbs which are then absorbed by your skin. The therapeutic effect of a relaxing bath will take effect in about 20 minutes.

To Use: Place one tablespoon of relaxing bath mix into a muslin bag, coffee filer or even a tea ball and close securely. Add the bag to warm tub water and infuse while tub is filling. Remove bath sachet
from tub and allow to drain.

Insect Repellents (for more recipes on this topic check out this post from Wellness Mama)
This recipe uses the essential oil of catnip to make a repellent.  I have also used a catnip hydrosol with the other essential oils added it to make a spray-on repellent.

Directions:
Blend all ingredients together and place in a dark colored glass bottle.  Shake well before applying.

To Use: You can use a spray bottle or if using oil for the base, apply to skin like lotion.

Directions:
Bruise catnip and pack into a clean jar. Cover with oil, put a lid on the jar and set in a cool, dark place for two weeks. Shake jar lightly every day, and push herbs under the oil to avoid mold. Strain into a clean jar, seal and refrigerate for up to 8 months. (If your mosquitoes are especially ferocious, you can add other strong-smelling herbs, such as rosemary, pennyroyal, basil.) It's a good idea to try your concoction on a small spot of skin before you smear it all over yourself, to test for allergies.

To Use: Rub on exposed skin. 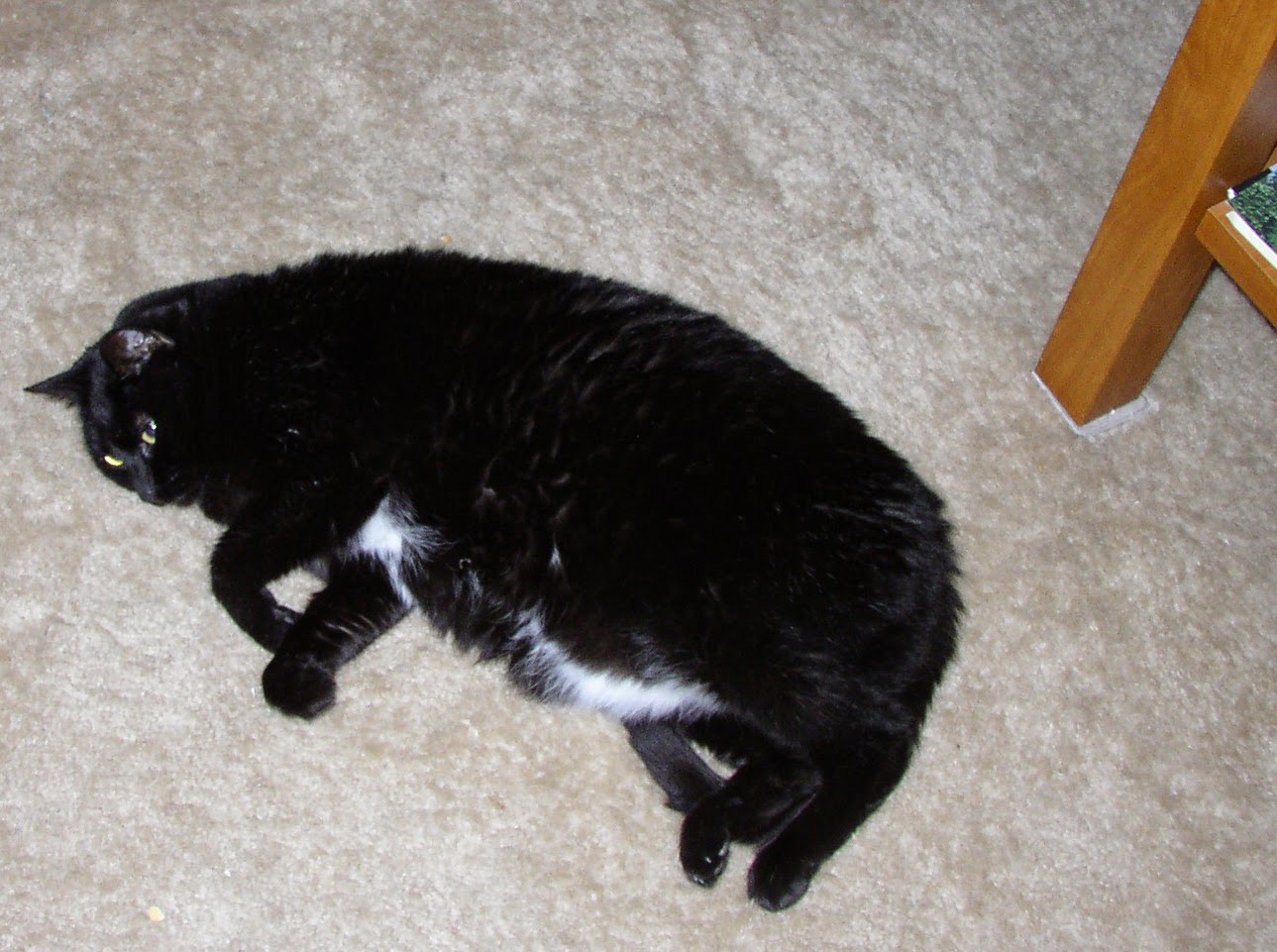 If you have some sewing skill, I suggest cutting two squares of felt about 2 inches or so on each side.  Sew them on three sides, then stuffed it with catnip and sew it shut.  This little pillow will be your cats favorite toy if they are among those who enjoy catnip.

If, like me, you cannot sew then you can do one of two things.  Buy an already made cat toy, slip open a seam and fill the toy with catnip, or place the toys in a zip seal bag filled with catnip and allow them to “marinade” for a day or two.

Since it is all about the smell, even a toy that has just hung out with catnip will carry the scent for a while making it a fun play toy.  I place 4 or 5 toys in a bag at a time and then take them out one at a time to let the cats enjoy them.

A tincture of catnip can be used as a sleep enhancing mixture before bedtime. I have given more detailed instructions for making a tincture elsewhere, but if you treat catnip like any other mint you would be tincturing, I think you will be successful.  Here is a quick way to craft the tincture. I fill quart canning jar 3/4 full with crushed dried catnip then fill jar with 100 proof alcohol, like Vodka or Everclear.  Take the tincture by the teaspoon added to water, tea or other liquid before bed. (See warning above under tea.)
Posted by Marcy Lautanen-Raleigh at 12:02 PM