Today is Sherlock Holmes’ Birthday.  Everyone who has read Sir Arthur Conan Doyle's Sherlock Holmes stories has noticed that Holmes appreciated good food and drink. Holmes and Watson were often sitting down to a meal prepared by their excellent landlady Mrs. Hudson or dining in a country inn or joining Holmes' brother, the large and reclusive Mycroft, for a meal at the Diogenes Club. 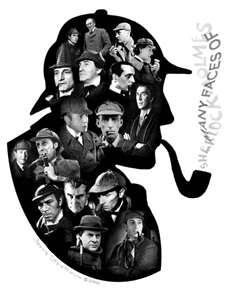 I have been an avid reader of Sir Arthur Conan Doyle’s creation since I was about 12.  And I love adaptations that stick to the personalities of the characters, so I love both the Robert Downey Jr. version and the new PBS version.  As a result of reading these Victorian novels so early in life, there is really no tangled writing style I cannot translate - which came to good use in my museum career.  Now my focus is on herbs and tea and Holmes again seems an appropriate fit in my life.
I own several Holmes theme cookbooks, although the detective himself probably never cooked a meal himself, he did eat, and the books and stories are liberally peppered with descriptions of dishes and situations.  If you enjoy the idea of British Victorian cooking then any of the cookbooks will introduce you.  Here is a list of the ones I know about (I found it interesting that the first batch came out around the Bicentennial and the second batch or reprinting came out when Jeremy Brett became extremely popular as the Great Detective.)
The Sherlock Holmes Cookbook or, Mrs. Hudson's Stoveside Companion formed upon principles of economy and adapted to the use of private families by Sean Wright and John Farrell - Published in 1976, the book features a sensible approach to preparing British food from the Victorian era, while connecting actual menus to specific stories. The title tells you they are adhering to those descriptive titles cookbooks seemed to have at the turn of the last century and the recipes included are just as authentic.
Dining with Sherlock Holmes: A Baker Street Cookbook by Julia Carlson Rosenblatt and Frederic H. Sonnenschmidt  - First printed in 1976 and reprinted again in 1990.  Recipes are divided into different eating occasions in Holmes life, such as “Breakfast at Baker Street,” “On the Chase,” and “The Horrors of a Country Inn," which breaks out meals by the name of the Inns where Watson and Sherlock dined.
The Sherlock Holmes Victorian Cookbook: The Favorite Recipes of the Great Detective and Dr. Watson by William Bonnell - Published in 1977, this book is laid out by type of dish – soups, salads, meats, etc, Story quotes appear at the top of each recipe. Rather than support a notion that Holmes was interested in food, the quotes reinforce how focused he was on the case at hand.
The Sherlock Holmes Cookbook by Charles A. Mills – printed in 1990 pulls together recipes mentioned in the various stories.
Cooking for Sherlock Holmes and Dr. Watson: British Recipes for Two Persons by William S. Dorn – this self published book from 2004, was nicely researched and contained typical hearty fare and is divided by type of food like Bread, desserts, soups, etc. 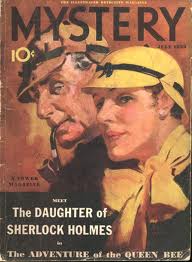 For the purists, here is a very good Victorian Recipe that can be found in The Sherlock Holmes Victorian Cookbook, which for authenticity is my favorite.  The credited source for the dish is “Mrs. Beeton’s Book of Household Management” (1861), which I think I have mentioned in posts before.  This one appealed to me because WGN was at ½ Acre Brewery in Lincoln Park yesterday and got me thinking about food and beer!
Asparagus Soup with Pale Ale
Serves 4-6
2lb lean beef, diced
2 tbsp all-purpose flour
2 tbsp butter
5 cups beef stock
1 cup pale ale or beer
1 tsp salt
1 tsp dried marjoram
½ tsp dried mint
2 cups chopped fresh spinach
2 bunches asparagus stalks
1 tsp sugar
Salt and pepper to taste
Dust the beef with the flour. Melt the butter in a large saucepan over medium heat, and cook the meat until it browns on all sides. Add the stock, ale, and 1 tsp salt. Bring to a boil, then reduce the heat and simmer, covered for 30 minutes.
Add the marjoram, mint, and spinach. Bring to a boil again, then reduce the heat. Cut the top 3 inches from the asparagus stalks, and chop them into bite-sized pieces (the remainder of the stalks can be saved for vegetable stock). Add the asparagus tops to the soup and simmer until they are tender (4-5 minutes). Stir in the sugar. Season with salt and pepper. Serve hot.

For those who want an herb or tea related recipe to celebrate Sherlock’s Birthday, might I suggest these two:
From Cooking for Sherlock Holmes and Dr. Watson  here is Mrs. Hudson’s SODA BREAD.  This is great for a quick ham sandwich or with jam and a cup of tea for breakfast.  Originally suggested to the author by a reference in The Adventure of the Beryl Coronet, it makes two loaves of soda bread.
Mrs. Hudson’s Soda Bread
(makes 2 loaves)
4 cups of flour
1 teaspoon of salt
1 teaspoon of baking soda
1 tsp. Rosemary, broken
1 tsp. Thyme
2 1/2 cups of low fat buttermilk

DIRECTIONS
Preheat the oven to 450F.  Mix the flour, salt, and baking soda together in a medium-size
Bowl.  Make a well in the center of the dry ingredients in the bowl. Gradually add the buttermilk while gently and quickly mixing the dough.  Shape the dough into two circular loaves; if the dough is too moist to shape, add a little more flour.  Place each loaf on a greased, 8 inch pie plate.  With a knife cut a deep cross on the top of each loaf. Bake the loaves for 15 minutes at 450F. Reduce the oven temperature to 400F.  Bake for another 25 minutes (If the crust appears to become too brown, cover each loaf with some aluminum foil.) If the bread is not lightly brown or does not sound hollow when tapped, bake longer.  Cool the bread loaves on a wire rack.

My second recipe is adapted from Dining with Sherlock Holmes.  It is a sweet English biscuit recipe I dressed up with a few lemon herbs to accent its gentle lemon flavor. This is perfect with a nice cup of Earl Grey.

DIRECTIONS:
Whip the butter until it is fluffy, then slowly add the powdered sugar; Add the vanilla sugar, egg, salt, lemon juice and peel and lemon balm; Add the flour, baking powder and corn starch slowly and mix well; Grease a baking tray with butter; Fill a pastry bag with the dough and press small biscuits onto the baking tray; Bake in a preheated 400F oven for 10-15 minutes. Make the glaze by mixing the icing sugar and lemon juice. Brush biscuits with it, and let it dry.


Do not forget Winter is the best time to have soup and our soup mixes are on sale for 25% off in the Etsy Store until the end of the month.  Just use the code JANSALE25 when you check out!
Posted by Marcy Lautanen-Raleigh at 11:57 AM 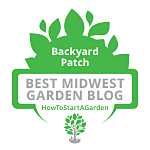 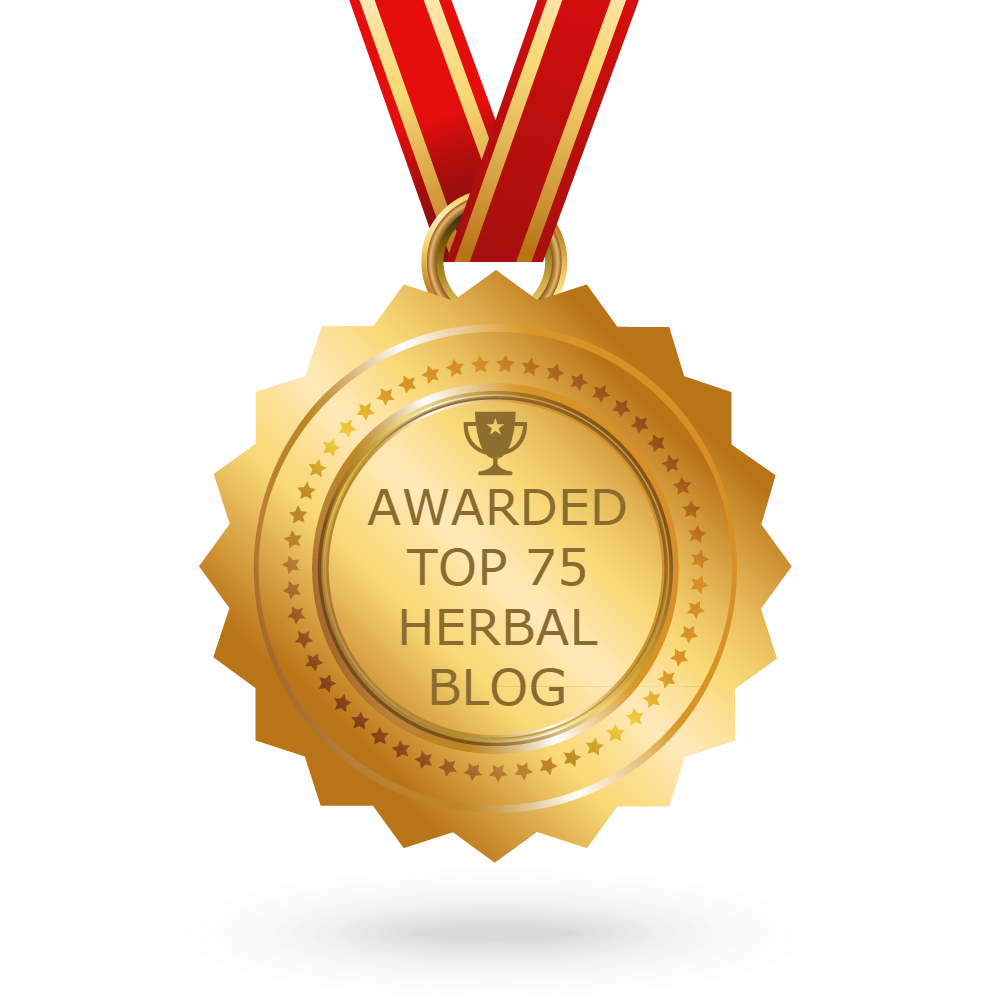